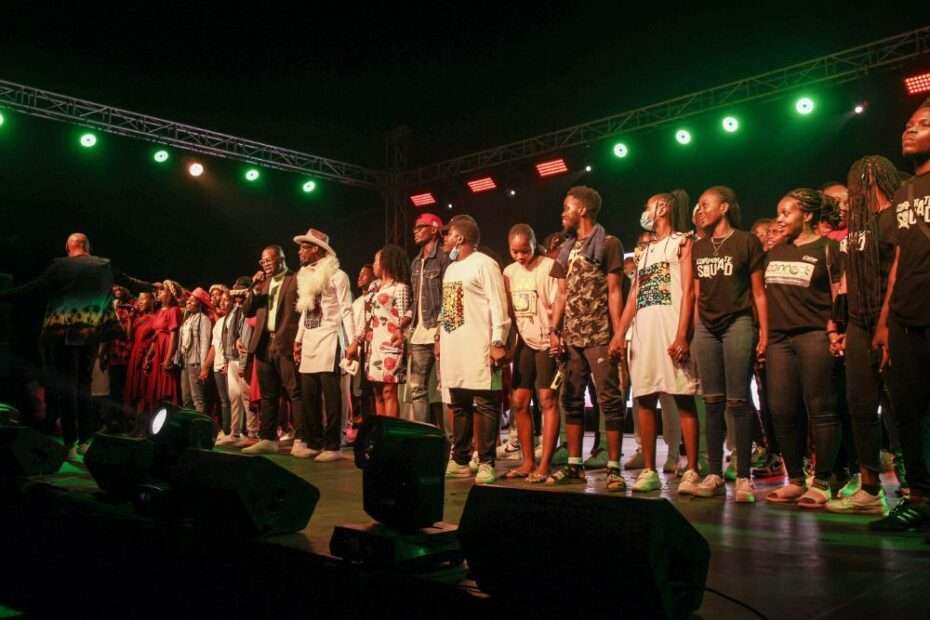 To end the year 2021, the Symphony of Praise Initiative held its annual charity Christmas Carol concert, “AmuwoCarol 2021,” in the Amuwo Odofin community of Lagos State. Among the 3000 attendees at the Carol event were the community choir, which consists of choir members and leaders from various local churches.

For the past 14 years, this event has been held with the sole purpose of strengthening community relationships and uniting the Christian community under one voice and one God.

As in previous years, the Christmas Eve celebration began with a children’s party. This started around 10 a.m. with over 700 community children who gathered for a funfair and returned home with parcels and plenty to eat and drink.

At 8.05 p.m., the Carol program, themed Shalom Aleichem, officially began. The mass choir took center stage at various points throughout the evening to perform a variety of carol songs and hymns, with many invited guest ministers present to add to the festivities.

Mr. Seun Ayeni, the current President of the SOP Initiative, took to the podium around 10 p.m. to welcome everyone to the event and also to recount all of the group’s community projects carried out in 2021 thru its ConnectCharity arm. These included a blood drive in August to commemorate the annual United Nations Humanitarian Day, as well as a free clothing distribution initiative on December 17th, 2021, with the theme “Sow and Sew” to meet the community’s clothing needs. Hundreds of people, including youths and the elderly, benefited from the donation of thousands of new and gently used clothes, shoes, and children’s wear by donors from both within and outside the community.

The Jesus carnival began at exactly 12 a.m., right after everyone wished each other a Merry Christmas. The people were lifted to a new level of praise and worship of God by the invited gospel singers, Chika 100%, Gospel Force, and Babatunmise, among others. Dancers from the SOP Initiatives Arts family and comedian Damola also contributed their talents to get the crowd in the Christmas spirit.