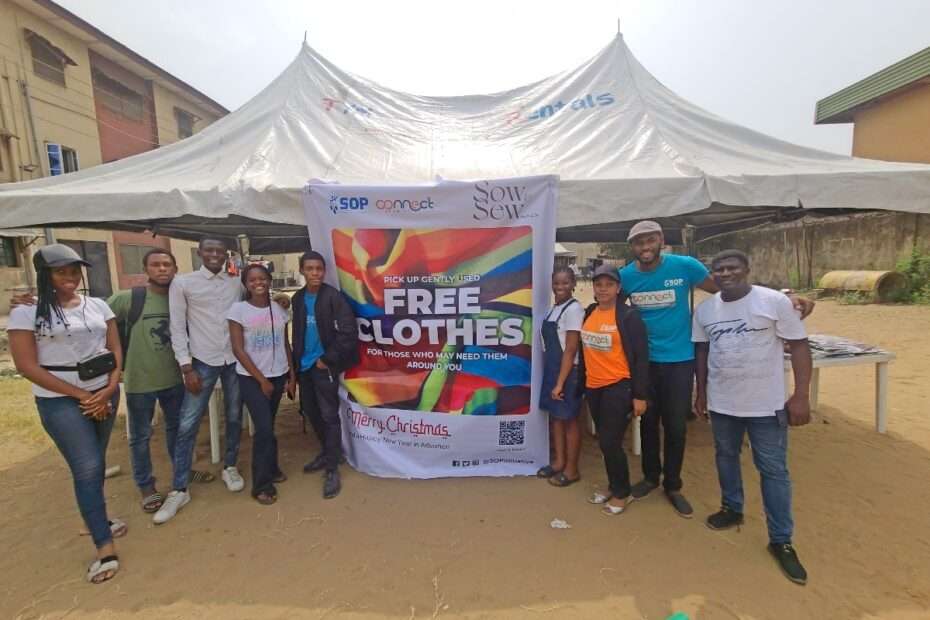 The campaign to collect gently used clothing items from donors, such as shoes and bags, began on October 24, 2021. When possible, items were received, cleaned, and repackaged.

By December 2, 2021, an announcement was made for intended beneficiaries to begin shopping (at no cost) for donated items online through the online store that was created specifically for this purpose. However, as expected, none of the recipients had sufficient resources to surf the web, so we received no orders through this channel.

We had the clothes displayed outside at the recreation park next to Arapasopo Gardens in Mile 2 estate for the grand finale on December 17, and we waited for the beneficiaries or their representatives to come to pick up the donated items, as announced during the third phase of the campaign.

The turnout was massive; we expected to finish distribution in two days, but the stock was gone in three hours, despite the ‘three items per person’ restrictions placed on the items. This prompted us to request an emergency restock, which arrived around 4 p.m. and was depleted by 5:30 p.m. the same day!

God took charge, we were pleasantly surprised, donors and us were showered with prayers, and some of the happy beneficiaries also shed tears of gratitude and joy.