Campaign Heats up as AmuwoCarol2019 Draws Near 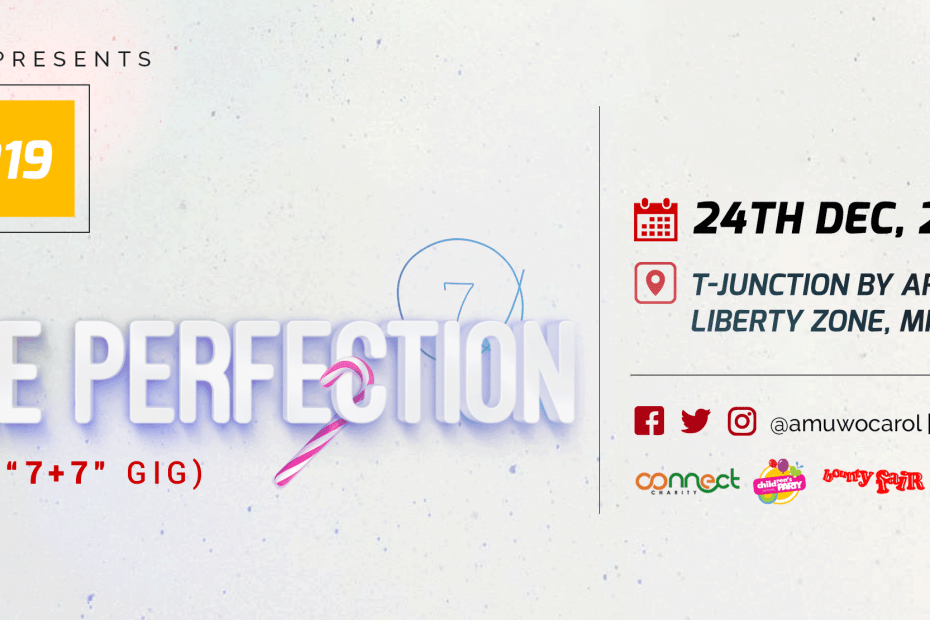 The 12th Edition of the AmuwoCarol happens to be the 14th gig of the SOP Initiative, having started out with two editions of Symphony of Praise Concert in 2007.

According to the SOP President – Seun Ayeni, this year of the fourteenth gig is very significant, in that figure 14 itself connotes Double Perfection, and this is being adopted as the theme for the 2019 edition. He also explained that the Bible talks more about the significance of the fourteenth generation in Matthew 1:17, where the genealogy of Jesus was described in a series of 14 generations.

Moreover, the message of Double Perfection which the SOP team hopes to pass this December is well described in the parable of the 10 lepers (Luke 17:19) where a semblance of Double perfection occurred in the case of the leper who came back to give thanks to Jesus. He was first healed like the other 9, and then the Bible recorded the second time, that he was further made whole!

This for us means, one can receive double perfection by showing gratitude for answered prayers. It is at this time that those things you forgot to pray about, or even do not know to pray about are given to you as extras, making your perfection double, Seun describes.

Ministers for this 2019 edition which include Big Bolaji, Bidemi Olaoba, GForce and the likes will dwell on this theme as they minister in songs to people of the community. The SOP Mass Choir will also do same in Carols.

One new thing that will be introduced this year is the invitation of various church choir to come share the stage with the SOP Mass choir.

Churches like El-bethel Church, Baptist Church, RCCG Flourishing House, CAC WOSEM, and so on are on the row call for this year’s event according to the group’s Vice President – Funmi Amugo.