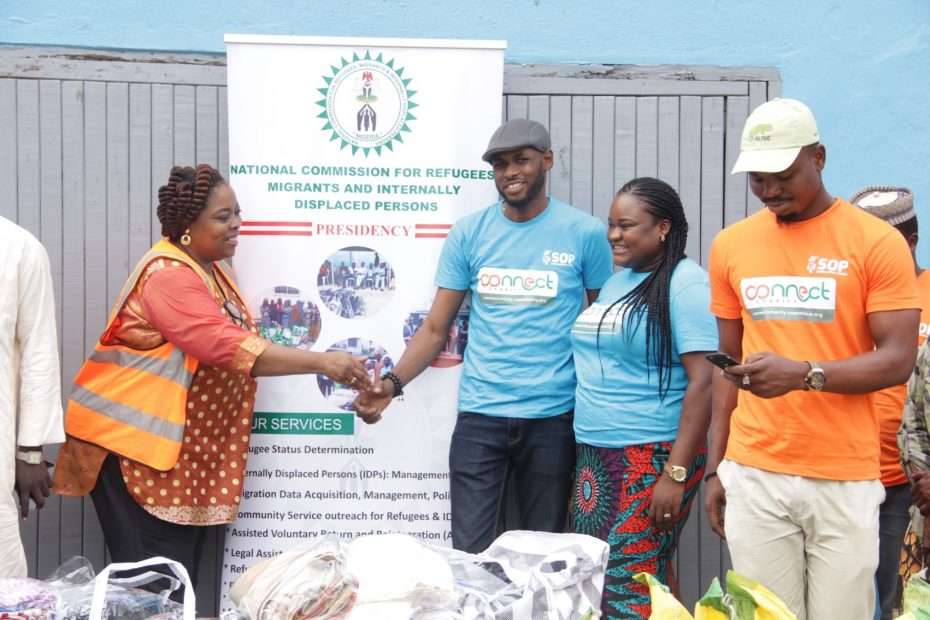 As is our tradition every year SOP initiative joins the United Nations in marking world humanitarian day. This year’s team NotATarget was centered around raising awareness on the fate of humanitarian workers in terror infested communities / countries.

We the joined in the Champaign by creating a buzz on social media, educating people on the effect that terrorism has on people, the number of people displaced and how humanitarian workers have been caught in the line of their duty. We also called for donations which was aimed at providing 2 basic needs – Food and Clothing, for people who have been affected by terrorism and acts of war.

We got massive response from members of the public who partnered with us by donating money and fairly used clothing. We in turn partnered with the National Commission for Refugees, Migrants and Internally Displaced Persons, Lagos state chapter, to ensure that all donated were properly presented to the IDPs.

On the 19th of August 2018, members of SOP initiative lead by the president – Mr Seun Ayeni visited the NCFRMI zonal office in Ikoyi, Lagos state, where we were received by the Coordinator – Mrs. Margaret Ukegbu and her team. Also present were various representatives of refugees, migrants and internally displaced persons from camps/settlements around Lagos state and its environs. The media was not left out as a journalist from punch newspaper was present to cover the event. SOP initiative in partnership with the general public who donated, presented a total of 10 bags of rice, and 7 big bags of clothing which had been washed, ironed and well packed.

In response, the commission as well as the representatives of the various groups appreciated the SOP team and urged us to keep up the good work. They also used the opportunity to call on the government and well-meaning members of the society, to do more in providing security and bring an end to terrorism.